Ever Wondered “What is Rum?”

Rum is a ubiquitous distilled spirit these days: any liquor store worth its salt is bound to have at least a few brands on the shelf. This drink, made by fermenting the byproducts of sugar-making such as molasses or even sugar juice, has

a rich history that has led up to its current status as the king of beach liquors. After checking out What is Rum? Check out 8 Facts About Whiskey.

A Brief History of Rum
While rum properly speaking was developed on the Caribbean isles in the 17th century, there have been many reports of rum-like drinks existing in other parts of the world before this: there have been sugar-based fermented beverages in India and China since antiquity, and Marco Polo reported tasting a tasty, sugary wine in his travels through the middle east in the middle of the 1300s.
The modern history of rum, however, begins on Barbados in the 1600s. The tropical climate of the Caribbean islands and Latin America made it ideal for the production of sugar, and the incredibly difficult work it takes to process sugar cane into sugar was carried out by slave labor. On Barbados, these slaves discovered that molasses, a normal byproduct of this process, could be fermented and distilled to make a sweet and stout spirit which they called rumbullion. Molasses was until this point a tremendous and sticky waste from the sugar production process: now it could be spun to make a drink that would soon become incredibly popular.

Rum quickly became an economic powerhouse, used in some places as a means of trade. One such place – Australia – even got rum into the history books with what’s known as the Rum Rebellion. In the early and rough history of the English colony, there was no standard currency in place. Thanks to its popularity among the colonists, rum (which was produced and imported from India) served quite well as a means of exchange. This led some to believe that the colony was facing a serious problem with drunkenness. Colonial governor William Bligh outlawed the use of rum as a currency for just this reason, prompting a revolt that seized control of the colony until 1810.

Today the vast majority of rum is produced in the Caribbean and Latin America, but there are also minor production centers all over the world, in places as diverse as India, Austria, Fiji, Hawaii, Taiwan and Canada.

What Kinds of Rum Are There?
There are no international standards for the classification of rum, though some nations specify grades that are effective within their borders. This has led to a hodge-podge of different categorizations of rum that can be confusing. This makes answering ‘what is rum?’ more than a simple answer. 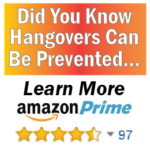 I’m offering here one that I find most convenient (for knowing how to drink your rum), and also most interesting, as it shows the effect of colonial history on rum production. This only applies to rums that are produced on Caribbean islands and Latin American nations which are, in my opinion, the only ones you should drink anyway. The basic organizing principle is the language of the island:

English-speaking Islands (Bermuda, Saint Kitts and Nevis, Jamaica, Grenada, Barbados, Trinidad and Tobago, and Belize)
These islands tend to produce dark rums with a strong taste of molasses. You want these rums if you’re looking for a strong rum flavor and color in a cocktail. These rums are also the most commonly used in cooking.

French-speaking Islands (Haiti, Guadeloupe, and Martinique)
The islands are known for their production of rum based on sugar cane juice, called rhum agricole. These rums will, naturally enough, lack the molasses flavor of their molasses-based counterparts. Paradoxically, however, rhum agricole tends to be darker and mustier than that other rums.

I would be remiss if I told you what is rum without recommending a few good rum cocktails. Here are a few of my favorites:

Shake sugar and lime juice together until the sugar is dissolve. Add the rum and fill the shaker with ice. Shake for ten seconds and strain into a chilled glass. Garnish with lime wedge.

Combine everything in a tall glass and fill with crushed ice. Stir with a bar spoon until you see a frost on the outside of the glass. If ice settles, add more. Garnish with mint.

Place sugar and mint leaves in glass and muddle the leaves. Fill the glass with ice, and add the rum and lime juice. Stir. Top off with club soda, and garnish with mint sprigs and a twist of lime.

Now you know what is rum. And as always you don’t want to wake up hungover after sampling these refreshing rum cocktails. So don’t forget to order some Happy Hour Vitamins to take before you start drinking, to help you avoid that nasty hangover the next day.

We will send you 5 Free Samples of Happy Hour Vitamins to Try Out. We’ll just ask you to cover $6.95 for S&H.

Let Us Toast to No More Hangovers